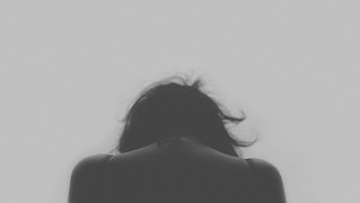 Trauma is the psychological and bodily response to experiencing an overwhelmingly terrible event. Some examples of events that can lead to trauma are the following:

These events are not run-of-the-mill bad things that happen in life. Rather, events are typically considered traumatic when they threaten the life or bodily integrity of the individual who experiences them.1 Also, traumatic events tend to overwhelm a normal person’s ability to cope with them.

After experiencing events like the above, people tend to develop certain predictable reactions. Examples are the following:

All these reactions are related to anxiety. The persistent, unwanted thoughts and memories produce fear and anxiety. The arousal reactions are the physical manifestations of this anxiety. It’s the nervous system in action – tense and nervous. Avoidance is a common coping strategy for things that are anxiety provoking. It’s a way of not getting reminded of the event.

Relationship between trauma and anxiety

Whether due to trauma or other causes, anxiety in general is a state of the nervous system. When anxious, people are literally nervous. They are nervous in their feelings, their body, their thinking and in their behavior. With anxiety, the nervous system is stuck in a state of alarm, as if some scary thing were actually happening.

Psychologists have dubbed this state of alarm the fight-or-flight response. It prepares people to respond to danger by making the body ready to fight or flee from danger. The nervous system gets kicked into high gear, as it were, and it responds with feelings of being alarmed, with physical changes of the body that increase the capacity for action, with an increased cognitive focus on the danger, and avoidance behaviors.

The anxiety reactions that occur as a result of trauma are similar. Whether it was an assault, violence or a natural disaster, the original traumatic event was actually dangerous. The person who experienced it had a nervous system that went into fight-or-flight. It was likely helpful at the time. After the event has come and gone, though, the thought of the traumatic event or a memory of it can still kick the nervous system into fight-or-flight as if the event is happening now. It leads to anxiety, increased arousal and avoidance behaviors, as described above.

This reaction is considered a form of anxiety because the event is not actually happening. Instead, the reactions are brought on by the thought or memory of the event.

High rates of trauma in people with chronic pain

As a group, people with chronic pain tend to report much higher rates of having experienced trauma in their past, when compared to people without chronic pain. It is a common and consistent finding in the research.

Upwards of 90% of women with fibromyalgia syndrome report trauma in either their childhood or adulthood and 60% of those with arthritis report such a trauma history.2 With or without back surgery, upwards of 76% of patients with chronic low back pain report having had at least one trauma in their past.3 Sixty-six percent of women with chronic headache report a past history of physical or sexual abuse.4 Among men and women, fifty-eight percent of those with migraines report histories of childhood physical or sexual abuse, or neglect.5 Women with chronic pelvic pain also report high rates of sexual abuse in their past, upwards of 56%.6

As is evident, when compared to the general population, people with chronic pain tend to have at least double the rates of trauma in their past.

The relationship between trauma and chronic pain

What accounts for this high rate of trauma in patients with chronic pain?

Nonetheless, the high rate of trauma in people with chronic pain suggests that it might have some relationship to the development of chronic pain.10

The relationship might be the following: a history of trauma might make a person more prone to develop chronic pain once an injury occurs. Let’s explain.

The nervous system & the transition from acute injury to chronic pain

Assume, for the most part, that painful accidents, injuries or illnesses occur on a random basis. Everyone has an accident or gets injured or gets ill on occasion. The vast majority of the time people get better and the pain goes away. Sometimes, though, they don’t. They transition from an acute injury or illness to chronic pain. Most experts agree that the process that accounts for this transition from acute injury or illness to chronic pain is central sensitization.11, 12

Central sensitization is condition associated with chronic pain in which the nervous system becomes stuck in a state of heightened reactivity. In central sensitization, the sensations of pain can become more intense and things that are not normally painful, like touch or massage, can also become painful. Central sensitization maintains pain even after the initial injury or illness heals.

So, here is the relationship between chronic pain and trauma. Trauma and its resultant anxiety is also a condition of the nervous system being in a persistent state of reactivity. As described above, trauma leads to anxiety, physiological arousal, and avoidance behaviors. These reactions to trauma are all indicators of a persistently aroused or reactive nervous system. As such, when patients with a history of trauma get injured or become ill, their nervous system is already in a state of persistent reactivity.

Might it be the case that such persons are more prone to develop central sensitization and transition from an acute injury or illness to chronic pain?

Many experts think so.13, 14, 15, 16 There is research that supports this hypothesis. Young Casey, et al.,17 showed that past traumatic events (along with depression) predicted continued pain and disability three months after onset of back or neck pain. In a prospective study, Jones, et al.,18 found that childhood adversities significantly raised the risk of developing chronic widespread pain by mid-life. Chronic widespread pain is an indicator of central sensitization. McBeth, et al.,19 found that altered levels of a stress hormone prospectively predicted the development of chronic widespread pain. Scarinci, et al., found that patients with histories of trauma tend to have lower pain thresholds.20 Lowered pain thresholds is another characteristic of central sensitization.

Chronic pain rehabilitation programs are the only form of chronic pain management that makes it a point to also focus on psychological factors that can complicate chronic pain. Such programs routinely focus on helping patients to acquire the abilities to self-manage pain and return to work. However, they also focus on treating anxiety, depression, sleep problems, and also, importantly, anxiety related to trauma.

16. Heim, C., Ehlert, U., & Hellhammer, D. H. (2000). The potential role of hypocortisolism in the pathophysiology of stress-related bodily disorders. Psychoneuroendocrinology, 25, 1-35.