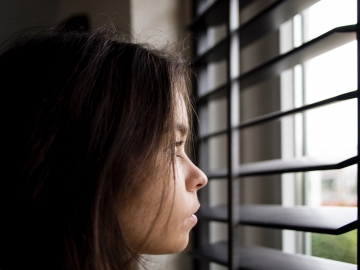 What is chronic fatigue syndrome?

Chronic fatigue syndrome (CFS) is a condition of severe exhaustion that lasts for at least six months and which is not due to a known medical or psychological disorder. The exhaustion persists despite obtaining rest. CFS occurs in 0.46 to 1% of the general population and 80% of those with CFS are women.1

The cause of CFS is not fully known. However, there are known factors that are likely to be involved in the onset and maintenance of CFS. These are problems within the stress response of the endocrine and nervous systems,4, 5 and particularly in a condition of the nervous system called central sensitization.6

Is there a cure for chronic fatigue syndrome?

Three reviews of research on the effectiveness of all treatments come to the same conclusion: cognitive behavior therapy and graded physical therapy are the most effective treatments for CFS and that medications for CFS are either ineffective or only minimally effective.7, 8, 9

Cognitive behavioral therapy (CBT) is a common type of treatment for chronic health conditions. Itsemphasis is on reducing symptoms and improving functioning through teaching the patient how to self-manage their condition. Self-management is a catchall phrase for a number of health behaviors and ways of coping which, when done by the patient, can have positive effects on chronic conditions, such as CFS.10, 11, 12 A health psychologist usually provides CBT.

Physical therapy is generally considered a necessary therapy for CFS. As indicated, it has been shown to be moderately effective in reducing CFS symptoms and in increasing functioning.13

4. Demitrack, M. A., & Crofford, L. (1998). Evidence for and pathophysiologic implications of hypothalamic-pituitary-adrenal axis dysregulation in fibromyalgia and chronic fatigue syndrome. Annals of the New York Academy of Sciences, 840, 684-697.