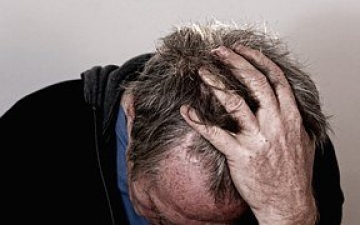 Anxiety can be divided into different aspects: feelings, physical manifestations, thinking, and behaviors.

A number of feelings are associated with anxiety:

Corresponding to these feelings, people with anxiety also commonly have the following physical manifestations:

When having all these anxious experiences, people tend to behave in specific ways. They are often:

Sometimes, anxiety becomes persistent. It can then become impairing. It gets in the way of living day to day life. When anxiety is persistent and impairing, it’s considered no longer normal, but rather a disorder.

Anxiety and the nervous system

Anxiety is a state of the autonomic nervous system. When anxious, people are literally nervous. They are nervous in their feelings, their body, their thinking and in their behavior.  As such, the nervous system is in a heightened state of alarm. The state of alarm is set off by the possibility of a dangerous thing happening.

Psychologists have dubbed this state of alarm the fight-or-flight response. It prepares people for action, for meeting the challenge of the dangerous thing that might happen. To meet these challenges, the nervous system responds with feelings of being alarmed, with physical changes that increase the capacity for action, with an increased cognitive focus on the possible danger, and avoidance behaviors.

If the danger were actually occurring, this fight-or-flight response of the nervous system would be quite helpful. It would allow for fear-based responses and escape behaviors. In the case of anxiety, the danger isn’t actually happening, but simply might happen. The nervous system prepares by going into fight-or-flight nonetheless. The same responses occur, but the accompanying avoidant behaviors become less goal-directed. In fact, the avoidant behaviors associated with anxiety are in the end quite restless, unproductive and aimless.

The relationship between anxiety and chronic pain

Anxiety is quite possibly the most common condition that accompanies chronic pain. Anxiety tends to go hand in hand with chronic pain. The reason is that pain is a danger signal. The function of pain is to signal danger that something is wrong in the body and requires attention. As such, pain is a warning signal that naturally leads the nervous system to respond with its corresponding alarm – the fight-or-flight response.

In acute pain, these responses might be quite helpful. The corresponding fear allows for seeking help and guarding in order to prevent further injury. In chronic pain, they become anxiety and avoidance behaviors.

In the case of chronic pain, the anxiety and avoidance behaviors become chronic themselves. The chronic anxiety leads to a chronic sense of alarm or distress, which makes patients edgy. Cognitively, it leads to a chronic focus on pain, which pre-occupies the attention of the pain sufferer. Everyday decisions seem to turn on how much pain the patient has at any given time. It also leads to chronic muscle tension, which in turn leads to more pain. Chronic avoidance behaviors subsequently lead to an increasing sense of social isolation, inactivity, de-conditioning and, ultimately, disability.

Chronic pain rehabilitation programs are the only form of chronic pain management that makes it a point to also focus on treating anxiety. In such programs, patients acquire the abilities to self-manage pain, return to work, and overcome any complications like anxiety.

It is possible to learn to live well despite having chronic pain, and in the process overcome anxiety.

2. Ji, G., & Neugebauer, V. (2007). Differential effects of CRF1 and CRF2 receptor antagonists on pain-related sensitization of neurons in the central nucleus of the amygdala. Journal of Neurophysiology, 97, 3893-3094.

6. Chen, Y. (2009). Advances in the pathophysiology of tension-type headache: from stress to central sensitization. Current Pain and Headache Reports, 13, 484-494.

Murray J. McAllister, PsyD, is a pain psychologist and consults to health systems on improving pain. He is the editor and founder of the Institute for Chronic Pain (ICP). The ICP is an educational and public policy think tank. In its mission is to lead the field in making pain management more empirically supported, the ICP provides academic quality information on chronic pain that is approachable to patients and their families.