The Perfectionist and Chronic Pain: How to Cope with Pain Series 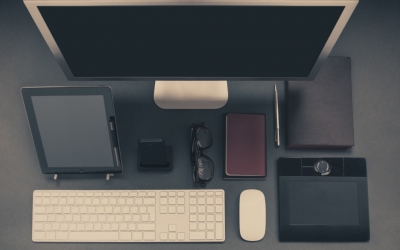 Are you a perfectionist?

First, let’s define perfectionism. Perfectionism is a trait of an individual that involves two components:

So, the perfectionist is never quite satisfied with what he or she does and can’t seem to keep from trying to make what they do better in some way. If, on those infrequent occasions the perfectionist is satisfied, it usually lasts only until he or she sees some flaw in the original project and attempts to correct it or only until he or she moves on to the next thing on the ‘to do list.’

So what might a perfectionist look like in real life? Perfectionists tend to see how any given project might be done better. Others might congratulate them on a job well done, but the perfectionist tends to respond, either overtly or silently to themselves, ‘yes, but, this could have been done better, or if only we had more time, we could have…’ In such responses, you see the persistent lack of satisfaction with the quality of work, even when others think the quality is superior. In other words, perfectionists hold themselves to unattainably high standards, standards to which no one else would hold them accountable. These excessively high standards are evident in the cleanliness and orderliness of their homes work environments. Everything has a place and is in its place. Sometimes, the unattainably high standards and the subsequent persistent lack of satisfaction come out in the quantity of work that perfectionists tend to think they should attain. They always have more to do on their ‘to do list.' It’s hard for them to sit still, when they know that there is ‘so much more to do.’ In other words, it’s hard for them to stop their activity and simply enjoy a leisurely moment.

Notice the compulsive sense of urgency that operates with these unattainably high standards. It’s hard to just sit still and be leisurely or satisfied. Having cleaned the entire house before having guests, the perfectionist finds herself continuing to straighten up even after the guests have arrived. If the perfectionist does sit down to chat with the guests, his attention keeps returning to the one pillow across the room that’s out of place or the picture that’s hung slightly crooked on the wall. Sometimes, it’s persistent underlying tension that fuels this compulsivity – if you don’t act to fix the problem, you just get too antsy or nervous. Still other times, it’s excessive self-criticism that fuels the compulsivity – you beat yourself up in your head for having missed the one flaw and you keep at such self-criticism until you get up and fix it.

Notice that perfectionism isn’t a healthy or an adaptive way to be in the world. Despite the kudos that perfectionists tend to get from their employers or others, low-level negative emotional states tend to predominate the inner life of a perfectionist. They recurrently feel lack of satisfaction, tension, self-criticism, and time pressure (because there’s always more to do). As a result, relaxation, leisure, playfulness, spontaneity, care-free, and peacefulness are relatively uncommon experiences for the perfectionist.

Notice too that perfectionism and self-esteem are closely tied together. The perfectionist tends to mistake the quality and quantity of what they do with who they are or their worth. When what they do is never quite good enough, it’s easy to start thinking that they are never quite good enough. This dynamic further fuels the compulsivity to act to make things better: their self-esteem is riding on it. However, the compulsive actions to make the job or task at hand better is just a temporary fix. When the perfectionist puts the perfectionistic finishing touches on a job, any sense of satisfaction is short-lived, lasting only as long as it takes to move on to the next thing on the ‘to do list.’

Perfectionists are prone to all-or-nothing thinking and behavior. Because of their high standards, perfectionists tend to see only two options for engaging in any task or project: the right way or not at all. Any other way besides the right way leads to unresolved tension or self-criticism and so you might as well do it the right way right from the start. Otherwise, how can you sit still until the job is done, which means, of course, done right? It’s this kind of thinking that leads to compulsively excessive behaviors – staying up all night until the job is done or cleaning the entire house in one day or not sitting long enough to enjoy the company who came over to visit.

Perfectionists with chronic pain get stuck between a rock and a hard place. They experience compulsive needs to stay busy and ‘get the job done right,’ but if they do, they exacerbate their pain. If, however, they keep themselves from acting on their compulsive needs, they subsequently experience high levels of tension and/or self-criticism for failing to ‘get the job done right.’ So, they are caught between either high levels of pain or high levels of tension and self-criticism. As a result of this dilemma, perfectionists commonly go with the former: they give in to their perfectionistic needs and compulsively become excessively productive, thereby exacerbating their pain.

This all-or-nothing dilemma of perfectionism can make pacing almost intolerable. Chronic pain rehabilitation programs encourage patients to learn to pace their activities, as a way of finding the middle ground between the ‘all’ and the ‘nothing’ options. To perfectionists, though, pacing means that they have to get used to a life of not being good enough. In reality, what they might do when pacing themselves is good enough, but, to perfectionists, good enough isn’t good enough – it has to be perfect. Thus, to the perfectionist, pacing activities doesn’t seem a viable pain management option.

The only other option in this dilemma is to come to the conclusion that because of the pain you can’t do anything. Let’s see how this works. Suppose the perfectionist initially keeps attempting to maintain the perfectionistic standards and subsequently repetitively exacerbates his pain through the compulsive over-activity and productivity. At some point, he comes to find this state of affairs intolerable. His chronic pain rehabilitation providers have been recommending and encouraging pacing, but pacing leads to too much tension and self-criticism – living a life of recurrently failing to meet his expectations for himself. So, holding firm to his all-or-nothing perfectionism, he comes to the conclusion that if he can’t get the job done right, he can’t really do it at all. Pacing is a bogus option: there really are only two options – do it right or not at all.

As a result, perfectionists often become convinced that they can’t do anything because they can no longer do it exactly the way they used to do it.

The long-term behavioral consequence of this belief system is chronic inactivity. It leads to resting, staying home, and activity avoidance. These passive coping strategies, however, lead to de-conditioning, social isolation, a general decline of health, a worsening of pain, and increasing disability.

Now, perfectionists tend to buck at the term ‘avoidance’ above because avoidance implies choice – that they are tending to avoid activities when in fact they could do otherwise. Perfectionists thus assert that they aren’t avoiding anything, but rather they can’t do anything.

This solution isn’t healthy or effective over the long-term. Most non-perfectionists would agree that using opioids to medicate behaviorally exacerbated pain is not the best use of these medications. It would be healthier and more effective to overcome the perfectionism and learn to pace. By doing so, one could get by on less medication or perhaps not even on any medication.

From this perspective, we might see that the use of opioids in this way is not only a means to medicate pain but also medicate a psychological problem. Opioids are not an effective therapy for perfectionism. From this perspective, we might also see that the continued use of opioids to treat behaviorally exacerbated pain puts the perfectionist at high risk for psychological dependence, increased tolerance, and/or addiction to opioids.

Perfectionism involves some degree of underlying anxiety. The perfectionist can’t sit still because if he did he’d become too tense or nervous or antsy. The excessive activity and productivity are thus solutions to the nervousness. It is for this reason that we consider such behavior to be compulsive. Compulsive behaviors are the behavioral antidote to anxiety – they get rid of the anxiety, but only temporarily.

To overcome perfectionism, one has to come to see the problematic nature of perfectionism. Once having insight into it, you subsequently have to begin the process of refraining from engaging in compulsive productivity. To do that, however, you also have to acquire ways to resolve the anxiety that remains when refraining from engaging in compulsive over-activity.

Depression can also become a consequence of perfectionism, especially when perfectionists never gain insight into the unhealthy nature of their perfectionism. Here's how it works. Suppose a perfectionist remains steadfast to her unattainably high standards despite having chronic pain. She comes to see herself as persistently failing when chronic pain prevents her from attaining the standards. Persistent failure experiences lead to persistent self-criticism, which in turn can lead the perfectionist to see herself as a failure. Now, she sees chronic pain as the sole source of this recurrent sense of failure because, as we said above, she doesn’t see that her perfectionism is part of the problem. She subsequently attributes the source of her failure to chronic pain, something she has no ability to fix. As a result, she becomes hopeless. Hopelessness combined with a persistent self-critical sense of oneself as a failure equals depression.

Perfectionism as an obstacle to coping with pain well 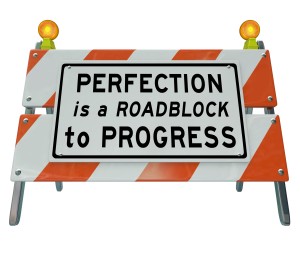