From Degenerative Disc Disease to Central Sensitization: A Paradigm Shift 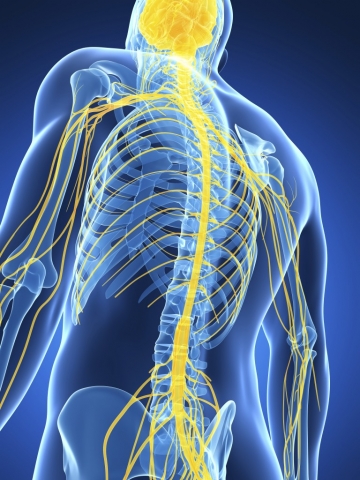 Thomas Kuhn, a historian of science, popularized the notion of a scientific paradigm in the second half of the 20th century and since then almost every significant change in a field of study gets characterized as a paradigm shift. So, it is a bit of a cliché to talk of the paradigm shift that is going on in the field of chronic pain management. Nonetheless, it is true. We are actually witnessing it happening.

For the last twenty to thirty years, we have understood chronic back pain as a symptom of an underlying disease process of the spine called degenerative disc disease. This conceptualization has led to a common view of chronic back pain as a long-lasting orthopedic injury or condition. In the last ten years or so, a competing explanation for chronic back pain has begun to take hold. It is the notion that chronic pain is a nervous system condition, not an orthopedic condition. The condition is called “central sensitization.” It is the understanding that chronic pain results when the nervous system, including the brain, becomes stuck in a persistent state of reactivity, which leads the nervous system to become highly sensitive. The nervous system gets stuck, as it were, in a ‘hair trigger’ mode.

These competing ways of understanding the nature of chronic pain explains the occurrence of chronic back pain symptoms differently. Take, for example, symptoms of back pain that occur with normal movements, like walking, standing, leaning over, sitting down or getting up from a chair. Pain with simple movements such as these is often perplexing to the patient and their loved ones: these kinds of movements shouldn’t be painful, but they are to many patients with chronic back pain.

Those who uphold the view that chronic back pain is due to central sensitization would make sense of the symptom by understanding that the nervous system has become stuck in a persistent state of reactivity. This persistent reactivity has subsequently made the nervous system highly sensitive, so sensitive that even normal activities, such as those listed above, are painful. Indeed, the sensitivity can be so great that even simple pressure, such as touch and hugs, can increase pain and mild bumps to the painful area can send patients through the roof.

A number of factors are leading this change in our understanding of the nature of chronic back pain:

Knowledge in science advances when both different investigators consistently come to similar findings and, subsequently, a shift occurs in how the community of stakeholders sees and understands a particular phenomenon. In chronic pain management, the sheer numbers of data are all pointing to the same conclusion: the notion of degenerative disc disease does not explain the majority of the variance of chronic back pain symptoms, but rather the notion of central sensitization does. In other words, chronic back pain is a nervous system condition, not an orthopedic condition. Presently, we are witnessing this shift in our paradigmatic understanding of chronic back pain.

Turk, D. C. (2002). Clinical effectiveness and cost-effectiveness of treatments for patients with chronic pain. The Clinical Journal of Pain, 18, 355-365.

Yunus, M. B. (2007). The role of central sensitization in symptoms beyond muscle pain, and the evaluation of a patient with widespread pain. Best Practice Research in Clinical Rheumatology, 21, 481-497.